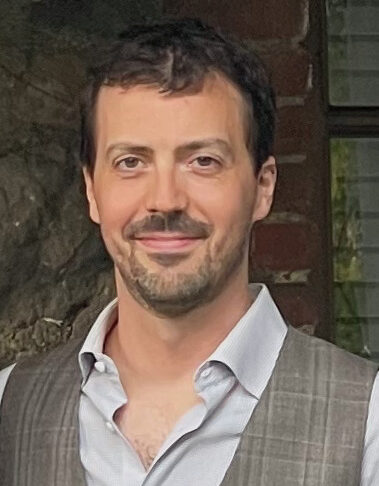 I am an associate professor in the Department of Physics & Astronomy and in the Astrophysics & Cosmology Group at the University of California, Davis.

I am a theoretical/computational astrophysicist and cosmologist. Using some of the world’s most powerful supercomputers, I generate cosmological simulations to model the formation of cosmic structures, including galaxies and their stars. My research group uses these simulations as theoretical laboratories to develop and test models of galaxy formation, stellar dynamics, and the nature of dark matter. We are particularly interested in modeling and understanding our own Milky Way galaxy. The movie above flies through one of my Latte simulations of a galaxy like the Milky Way, showing its evolution over the last billion years.

My group at UC Davis pursues research in the following areas:

We model the formation of dark-matter + gaseous halos, and the galaxies that form inside of them, including the physics of dark matter, gas dynamics, star formation, stellar evolution, and stellar feedback. We seek to understand the many key components of galactic ecosystems: their dark-matter halos, stellar and gaseous disks, giant molecular clouds, star clusters, and stellar halos.

We model the formation history of our Milky Way galaxy, the Andromeda (M31) galaxy, and more broadly the Local Group that includes a diverse population of low-mass galaxies. We use our simulations as theoretical laboratories for ‘galactic archeology’: to translate our observations of these galaxies today into understanding their full formation histories across cosmic time.

We model the dynamics of stars and gas in order to measure the spatial and velocity distribution of dark matter around the Milky Way and nearby galaxies, with the ultimate goal of testing the particle nature of dark matter.

I am a member and developer of the Feedback In Realistic Environments (FIRE) simulation project. FIRE is pushing the resolution frontier in cosmological zoom-in simulations of galaxies, to pursue a ‘bottom-up’ approach of resolving key aspects of the multi-phase interstellar medium (ISM) and stellar evolution within cosmological simulations. Thus, we seek to improve the predictive power of models for galaxy formation and connect them to underlying stellar populations.

Within with FIRE collaboration, I am leading the Latte suite of simulations of Milky Way-like galaxies, in order to understand the formation history of our own Milky Way galaxy in a cosmological context. The movie above flies through a Latte simulation, showing its evolution over the last 1 billion years.

While my group’s research is primarily theoretical, we also emphasize close connections with astronomical observations. I am co-leading the MW-6D and M31-6D surveys, two Treasury Programs using the Hubble Space Telescope to measure full 6-D orbital phase-space and star-formation histories for all of the satellite galaxies around the Milky Way and Andromeda (M31).

my group and our research, news, publications, presentations, media & press

my Teaching, Resources for students and postdocs